The House of Seven Gables

A GOTHIC WORLD FOR DESCENDANTS

As we spend our days in this world we have, we sometimes tend to have all the beauties and riches for ourselves, especially for our descendants. We dream of their prosperous lives, swimming in every kind of luxury and others envying, admiring them and us as the cause of it. Our portraits hung on the walls of wonderful galleries in our minds’ eyes, we forget about today, forget about other people and their lives, surrounded by this image, lock ourselves in a cage of greed. How we live and what we wish for the next generations certainly affect their lives, so we lock our grandchildren in this gloomy cage as well. Hurting people for our benefit will hurt our children in some way or other in the end. Our wrongs might shade their lives, the last thing we pray for them. What we think to be the best for them, might be the worst as well, because every generation is different, new times demand different things.

In Nathaniel Hawthorne’s novel “The House of Seven Gables“, we meet with a house built for the bright days of bright generations, but instead a darkness surrounding every inch of it. It was published in 1851, one year after his most famous work “The Scarlet Letter”. He was also a story-writer. Hawthorne was born in 1804, in Salem, Massachusett. Salem was famous for the trials of witchcraft. In fact, one of his ancestors was a judge at these trials and condemned a woman to death, who cursed his family claiming she was innocent. What happened in Salem in the seventeenth century is also the subject of Arthur Miller’s famous play “The Crucible”, giving us clues on how people can be blamed easily for the things they have not done, if people in general want to believe others are guilty and they are always right. Hawthorne, having Puritan ancestors, followed the Puritan ways of life in his writing and morality was important for him. He had a clear and firm style. He did not have romantic notions, was not so optimistic on what human beings can do or the nature as a source of remedy. They were good friends with Herman Melville and Melville admired him a lot. He dedicated his wonderful novel “Moby Dick” to him.

Let us be free from all worldly greed and ambitions and experience joy with dear hearts today, with a breeze of love and sharing. We will not live today again, this lovely odour of rain is here today and the moon shines on our windows for us, whispering in enchanting tones the source of bliss. 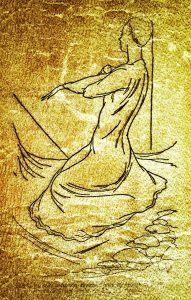 At the beginning we meet the house, “the old Pyncheon house”, on the street with the same name and the author explains how he is touched by the image of the house. The house has a life of itself with the people living there, experiences a mixture of pain and pleasure:

“The aspect of the venerable mansion has always affected me like a human countenance, bearing the traces not merely of outward storm and sunshine, but expressive, also, of the long lapse of mortal life, and accompanying vicissitudes that have passed within.”

Colonel Pyncheon built the house in all its glory, thinking this magnificient house would be there for centuries and generations, his descendants to come and show how great his family was. He was a strict Puritan, one of those people who came to America, New England, to worship and to live freely in the seventeenth century. They met with restrictions in Europe, in England, it was going to be a new beginning for them. They insisted on the purity of worship. They called themselves pilgrims. They thought  that they were like Adam when he first saw the world when they went to America. It was not spoiled. They believed that beginning from the original sin, Adam and Eve eating the apple, man was a sinner. The first rule was “fall”. After the fall, man’s vision was corrupted and nature, another reflection of God’s grace, was in a turbid state, so man’s vision was not clear. With the Bible and nature, man had to better himself. They also worked hard, believed that it was their duty in life and it brought glory to God. It was also important for their prosperity, which was another sign of God’s blessing, so that their families would be in a good state and they could help people in need. Trading was very important as well, so we have the idea of capitalism in a way.

Our Puritan built his house, having these ideas in his mind probably, but before he did it, there was a dispute on the land. It was owned by Matthew Maule actually and had no desire to leave his place. In the Colonel’s desire to have this land, we see the colonists’ hunger to have land, more and more, no matter how. Soon after, he was accused of witchcraft, the reason of his execution. After his execution. the Colonel took the land and saw his glorious house, to die in his room as the most important people of the town gathered there to celebrate him. People remembered Maule cursed him before he died:

-“God will give him blood to drink!”

Ghosts and mysterious sounds appear through the novel, the gothic element is always there. It seems as Pyncheons inherit the house, they also inherit Maule’s curse. We feel darkness impending on us as we turn the pages, as we go through the house in our minds. There are only two inhabitants of the house at the time, Hepzibah, an old maiden, poor and all alone, and a lodger of one of the gables, a young man, an artist, Holgrave. Hepzibah has a kind heart actually, but continual loneliness and bitter memories has hardened her face, her face reflects the mood of the house. Her brother was accused of murder, was in prison for a very long time and gained his freedom a very short time ago. Although his mental state is very poor, Clifford comes to stay with his sister, but before him, there was a little change of scene. Their young cousin, Phoebe, appeared from the country and the house started to have a cheerful aspect. It is as if the curse would change into a blessing. There is one dark cloud still, Judge Jaffrey Pyncheon, who was prosperous, but desired more, desired every inch of earth, possessions his hand could reach, very much like the portrait of their ancestor, whose picture hangs on the wall, always with the people of the house. Holgrave thinks old buildings must be destroyed, so the pain their ancestors had would not be inherited:

-“To plant a family! This idea is at the bottom of most of the wrong and mischief which men do. The truth is, that, once in every half century, at longest, a family should merge into the great, obscure mass of humanity, and forget about all its ancestors.”

The institutions must be renewed as well, so the ideas will be renewed. Institutions are symbols of the ideas of their time and new ideas need new ones to reflect them. He is against the opinion to make things for the next generations, because this restrains them, they should be allowed to do things for themselves. Holgrave might seem a bit hursh with his ideas on old things and inheritance, but Phoebe softens everything and everybody near her with her bright existence. The roses start to bloom in the garden and the hearts of two young people blossom and change the atmosphere completely. We can have cheerful melodies to accompany their hearts’ throbbing.

Desiring to be prosperous for hundreds of years to come, seeing generations one after the other in the mind’s eye boasting of their great-great grandfather and struggling for it only. Spending his years for the next generations and putting this burden on them, gaining nothing for himself. More and more of everything, breaking the hearts of the people near, not seeing them but the earth, the houses, the goods, things you can buy only and just a little bit of them would be enough actually. Hearts and nature are destroyed that way, eventually they will all be left here and the good deeds will stay behind. Let us be free from all worldly greed and ambitions and experience joy with dear hearts today, with a breeze of love and sharing. We will not live today again, this lovely odour of rain is here today and the moon shines on our windows for us, whispering in enchanting tones the source of bliss.

Institutions are symbols of the ideas of their time and new ideas need new ones to reflect them.